Kolkata, as India’s unofficial cultural capital, has pioneered several movements and trends in literature, theater, and the visual arts over the past several centuries. Kalighat painting, a school of art founded in the city during the 19th century, is among those rich legacies the country continues to bask in today. Painted mostly on mill-made paper with flowing brushwork and bold dyes (often homemade), Kalighat paintings are said to have originated in the vicinity of the iconic Kalighat Kali Temple in Kolkata. At this time, the works were sold to visitors who sought souvenirs to take with them from the religious sanctuary. The art almost always depicted Hindu gods and mythological characters, or incidents, themes, and characters from everyday life. 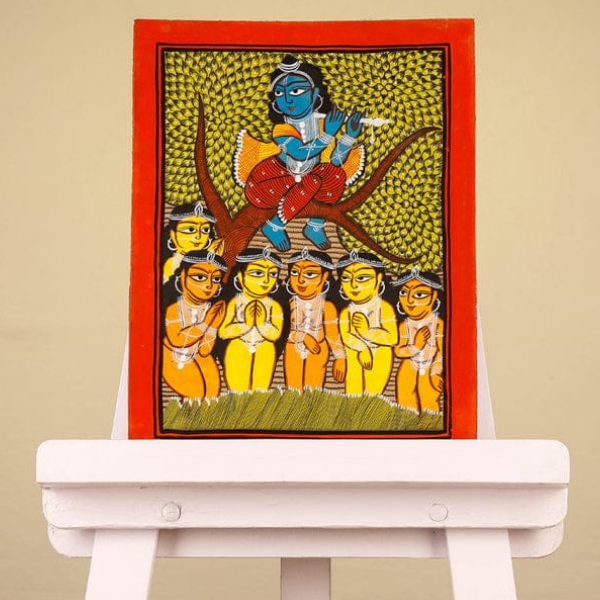 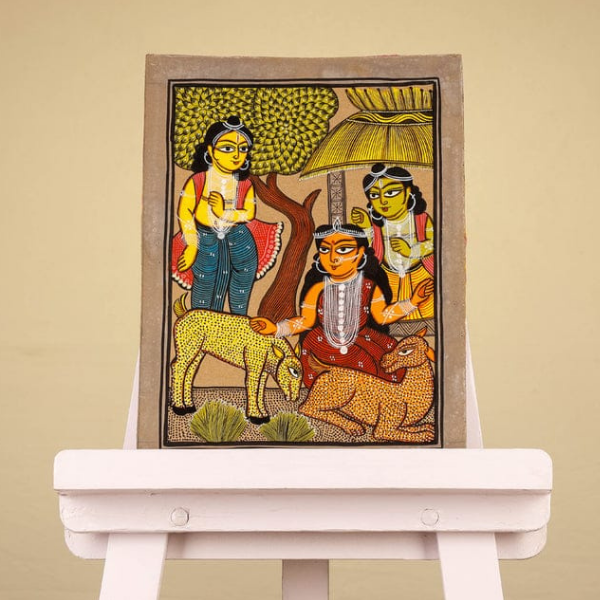 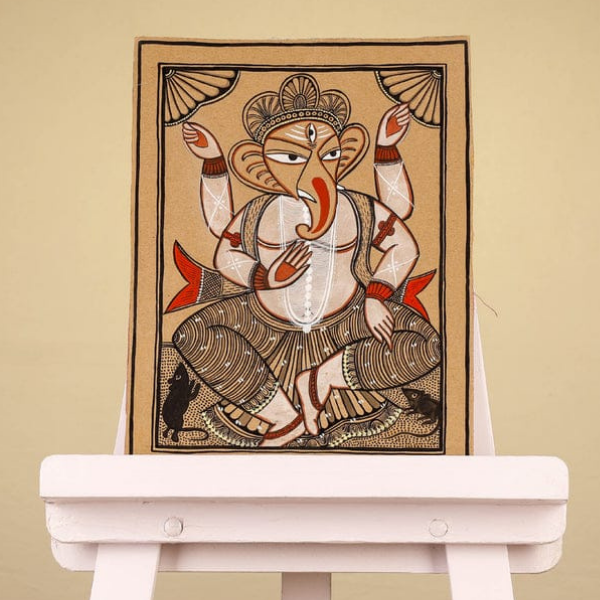 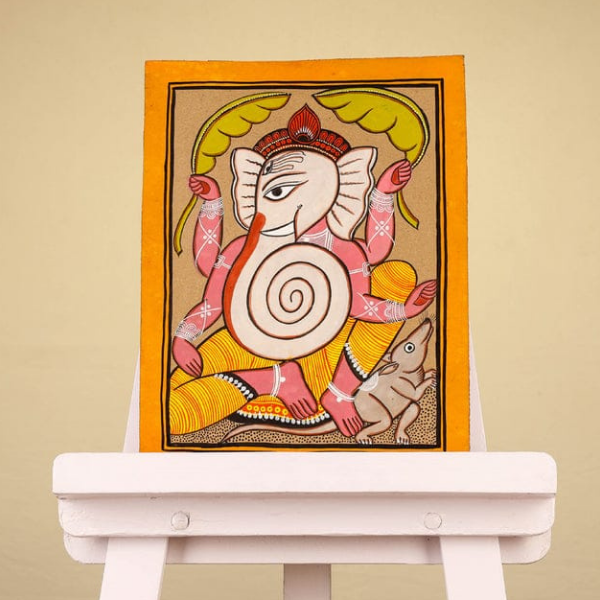 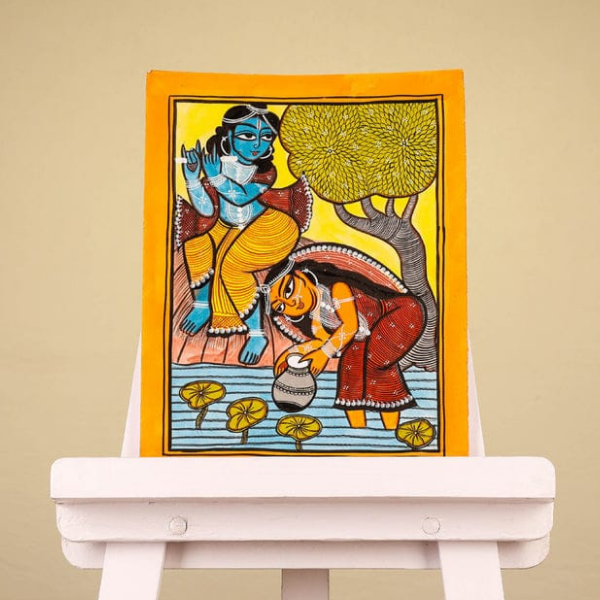 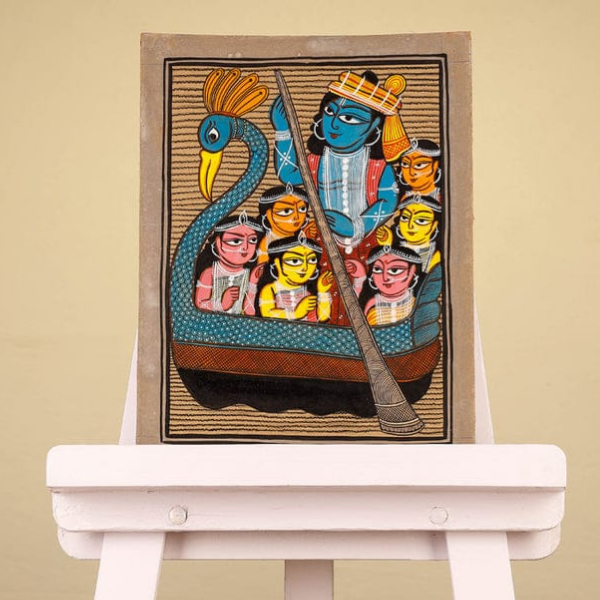 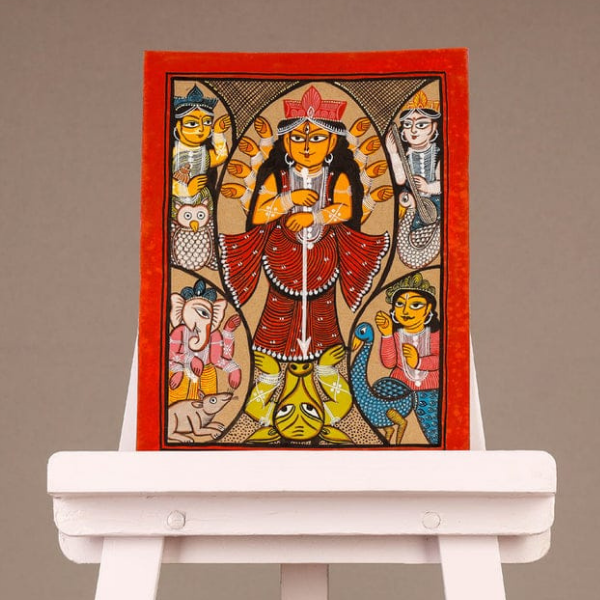 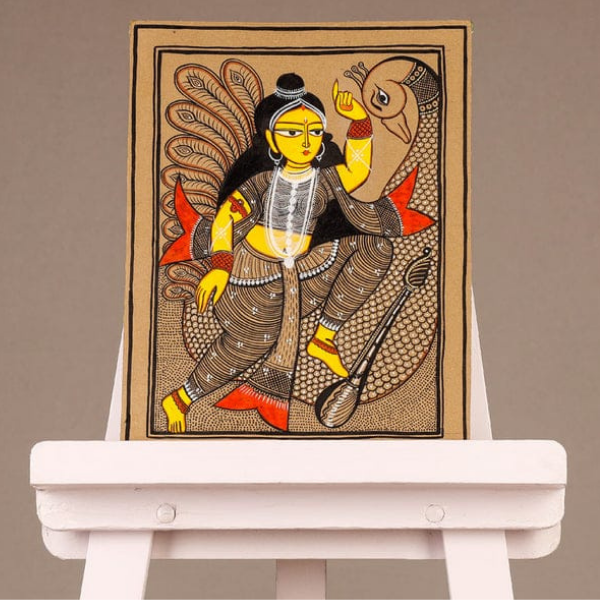 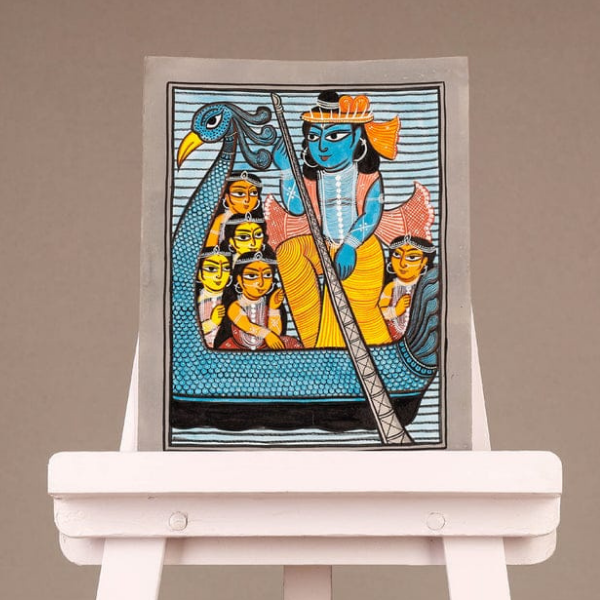 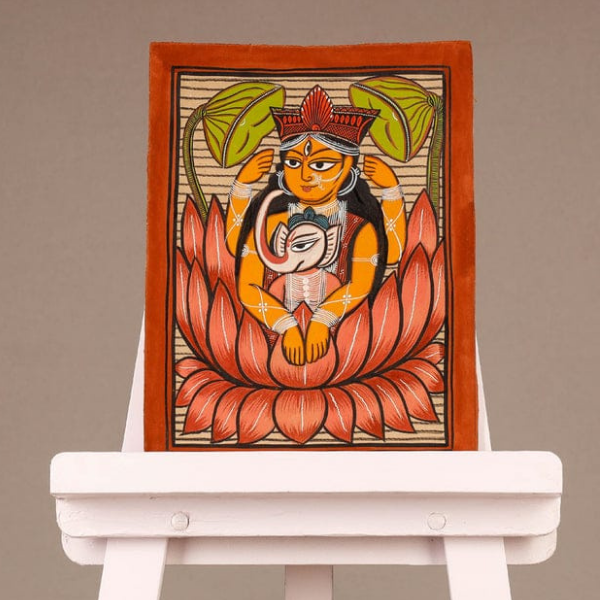 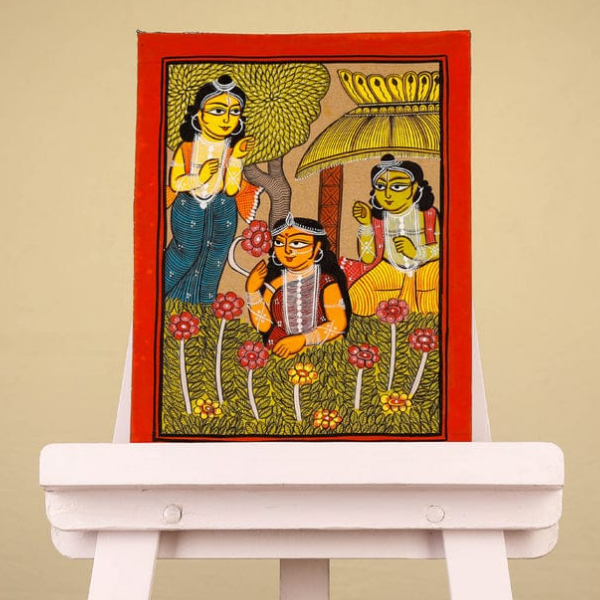 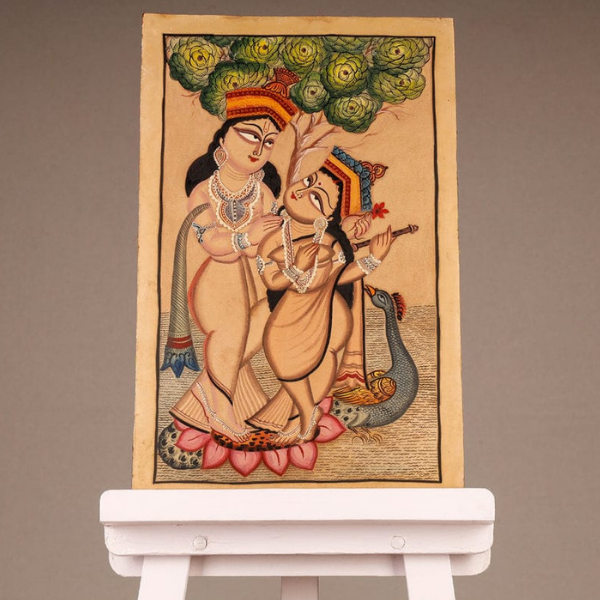 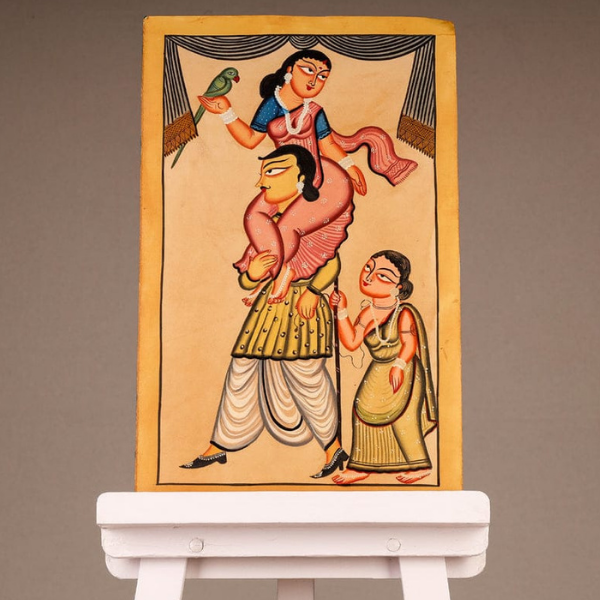 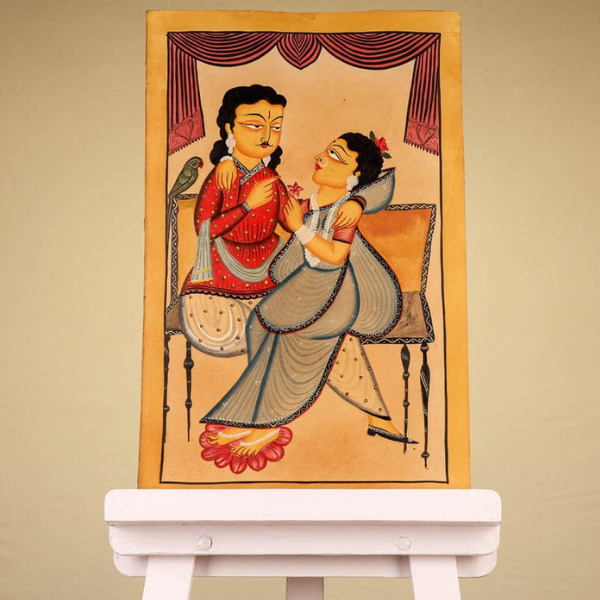