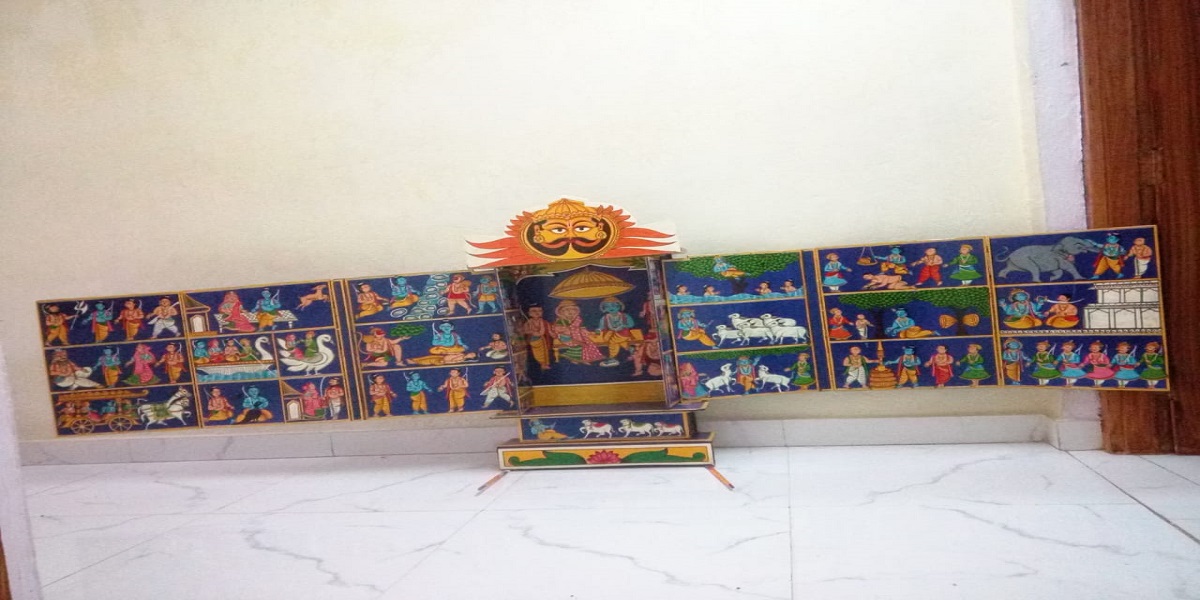 This storytelling box originates from mewar, rajasthan. The storytellers use the box to tell traditional tales of gods & goddesses, kings, local heroes and reveal their valour by unfolding one door at a time. The storyteller begins by opening the small outer doors revealing the decorations on the outer panels to arouse the curiosity by talking through the highlights of the stories depicted in the kavad.

Satya Narayan Suthar is National Award Winner in Kavad Making.Satyanarayan Suthar was born in 1972 in Bassi, Rajasthan and attended the village school. He learned the art of Kavad making from his father, but at the age of sixteen, he had to leave home and fend for himself. He worked as a craftsman for a commercial enterprise involved in exporting crafts. The experience made him prolific and honed his craft, giving his work a distinctive quality. Having neither acquired nor inherited any farmland or other property he has no other source of income and depends on his artistic skills to make a living. He is married to Kaushalya, has three children and lives in a rented house. The ground floor serves as a workspace and shop. He makes kavads and other wooden object for tourists and for shops in Udaipur. He has won several awards for his unique work in the art of kavad making. In 2004 he was given the District award, followed by a State award in 2009 and recently the National award for the... 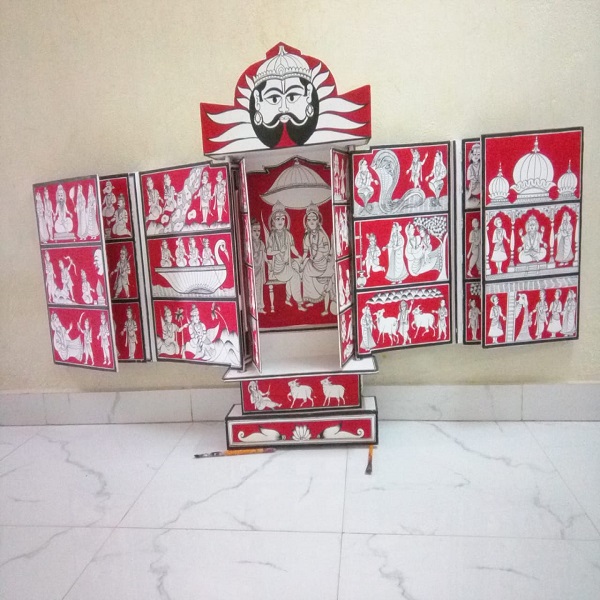