"Cheriyal is a small town in Telangana, the place of origin for Cheriyal paintings. The earliest sight of these Paintings is found in the form of long scrolls. Like a film roll, the scrolls would show a story through a series of horizontal panels stacked one over the other vertically. This would make the scrolls to be around 40-45 feet in length as the folklore would have many different characters and episodes. From mythical narratives to villagers’ day-to-day lives, these paintings depict it all and were used by traditional folk singers as a visual tool while narrating a story. Besides the scrolls, Cheriyal artists would also make masks and dolls. These would as well play an integral part of storytelling tradition. With time, the Cheriyal Artists felt the need to shorten the scrolls. It gave birth to present-day paintings, with a smaller version of the scroll that only depicts any single episode or few characters from the traditional story. Indeed a fascinating past is associated with these paintings that will take you back to olden times".

I am Saumya Pankaj. I am designer and manufacturer. I am dealing with brass handicraft home décor product 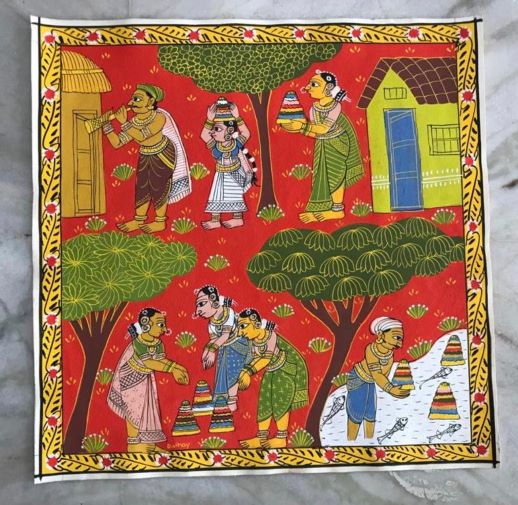 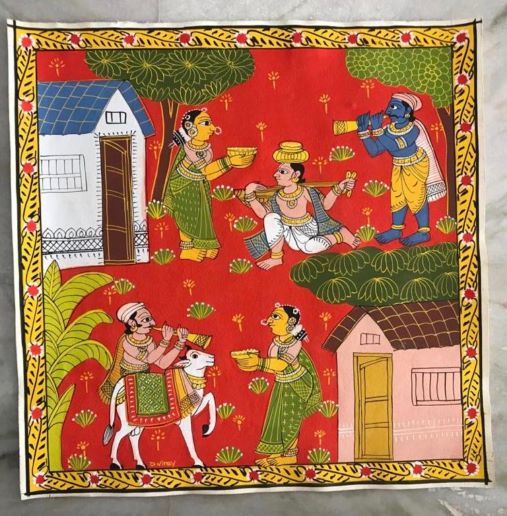 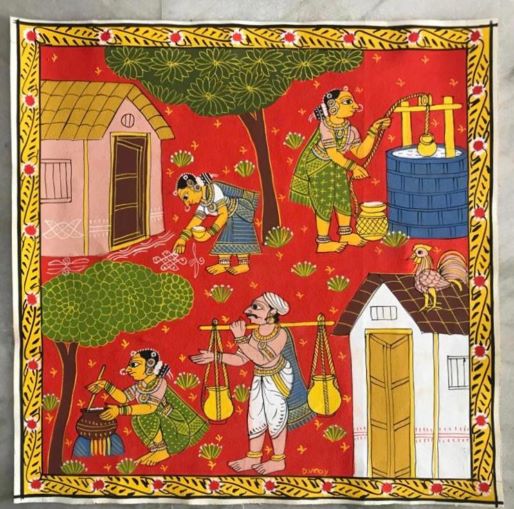 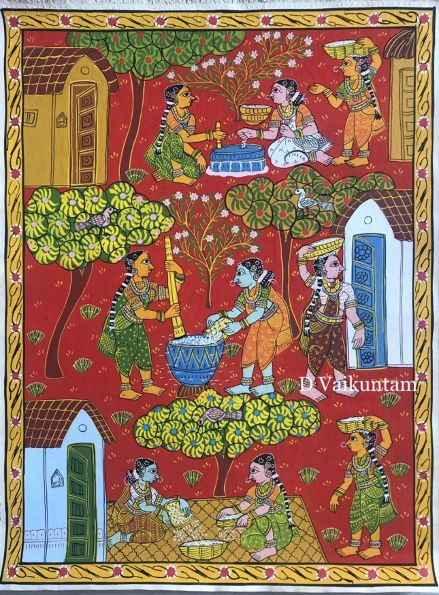 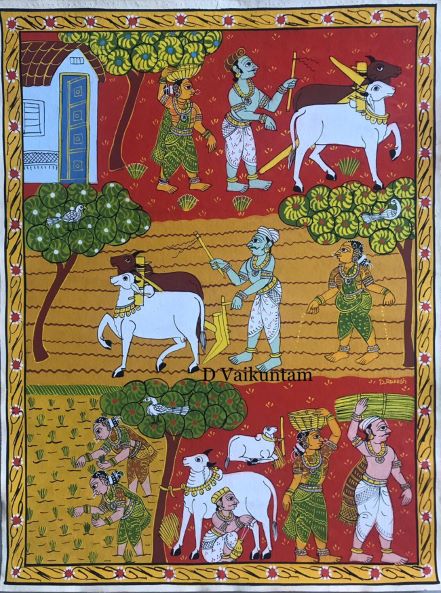 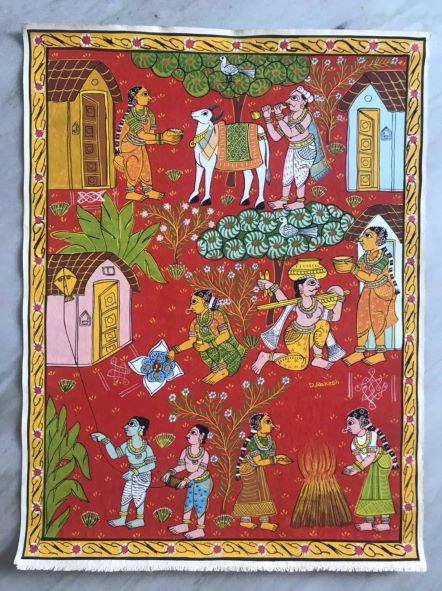 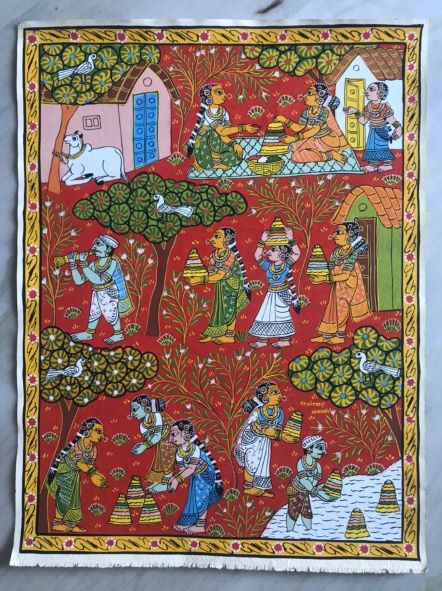 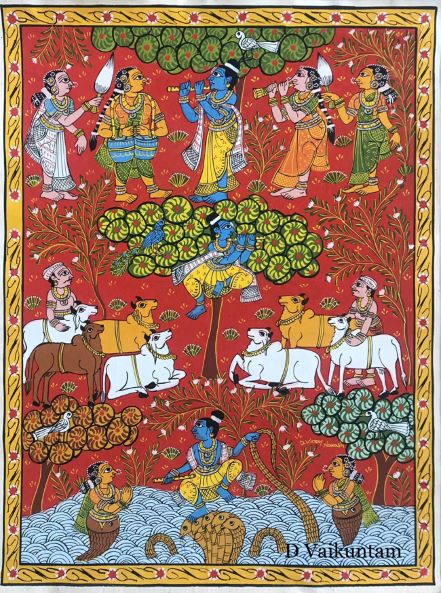