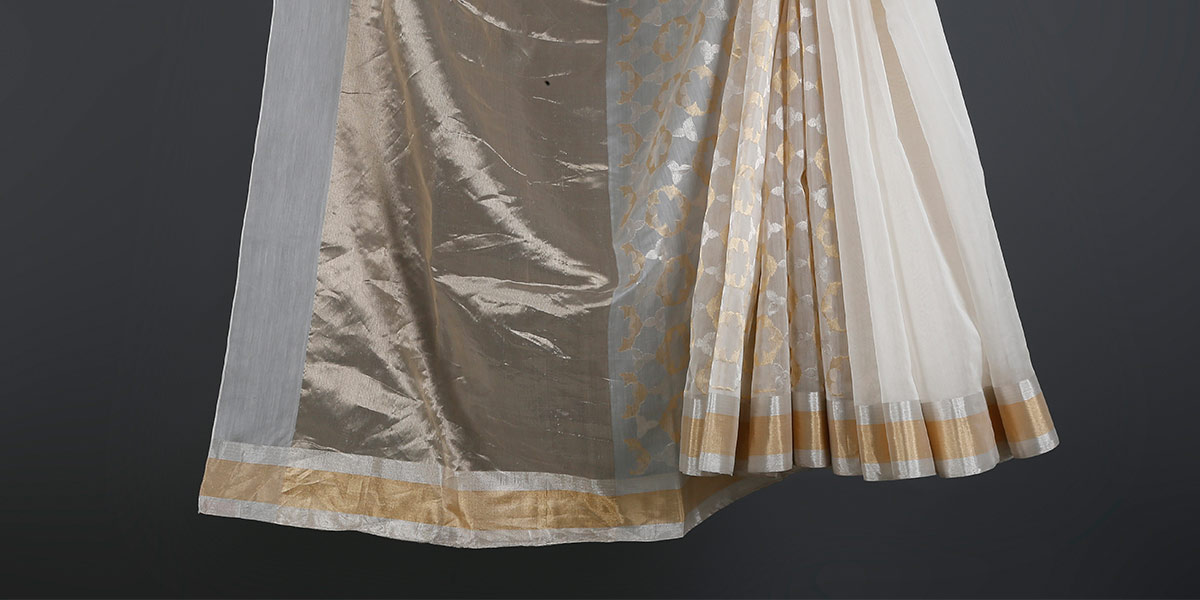 Chanderi is a time-honoured ethnic textile characterized by its lightweight, sheer quality, and fine texture. Chanderi textiles are fashioned by interlacing silk, and gold zari in the conventional cotton yarn, which results in the formation of the lavish, glistening texture. The textile borrows its name from the tiny settlement of Chanderi in Madhya Pradesh, where traditional weavers practise the craft of manufacturing textured saris in cotton, and silk, adorned with fine zari work. The textile can be classified into three varieties – Chanderi silk cotton, pure silk, and Chanderi cotton.

“Traditionally, Chanderi was principally used in weaving saris. The formation of distinctive floral butis or patterns and the translucent or sheer texture of the fabric are the two major characteristics that differentiate it from other handloom textiles.”

The butis or motifs on Chanderi fabrics are chiefly handwoven on handloom, by using several shapes, and sizes of needles. Separate needles are used to produce diverse motifs. “As weavers, we coat such designs with gold, silver, and copper. The motifs created for Chanderi weaving are influenced majorly from nature, and include swans, fruits, gold coins, and heavenly bodies.”