Earthen vessels that were used for cooking,eating and storing grains before metal utensils were invented,hence these throw light on the food habits of people in  that era,their relegious and socila customs technology they used for making clay objects. This artful showpiece of Lord Krishna is depicting the Bal-Krishna leela in a crearive and playful form. Not only it serves as a great option to be showcased in your interiors but also as a great gifting choice.

Sohit Kumar Prajapati is National Awardee ;in 2015 for Black pottery and Terracotta craft.

Clay art or potter's art is practiced in India by the potter 'Kumhar' community.This community is traditionally called Prajapati.the creator, which is named after the Hindu God Brahma-The creator of the universe.It is one of the earliest and most useful crafts in India.This craft has been continuing since pre-historic times. 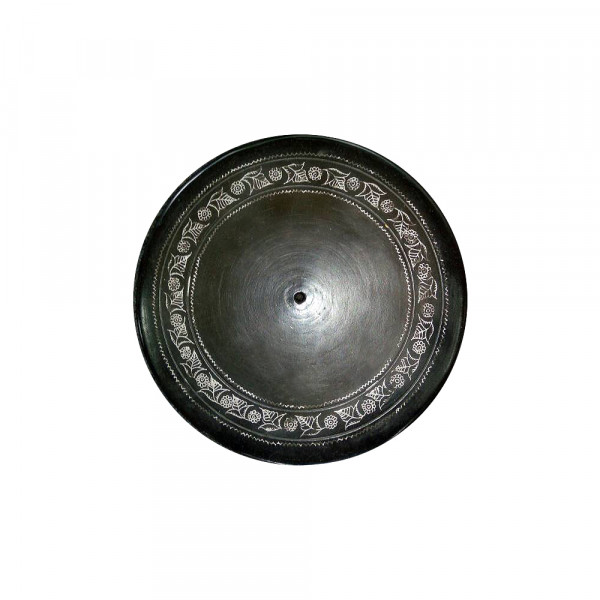 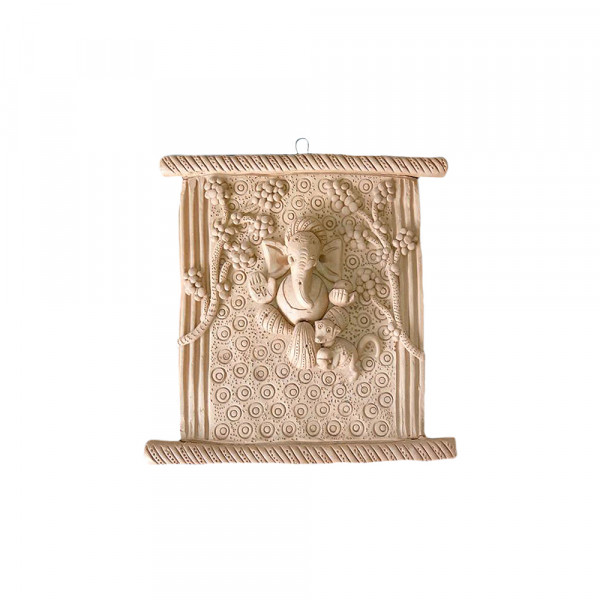 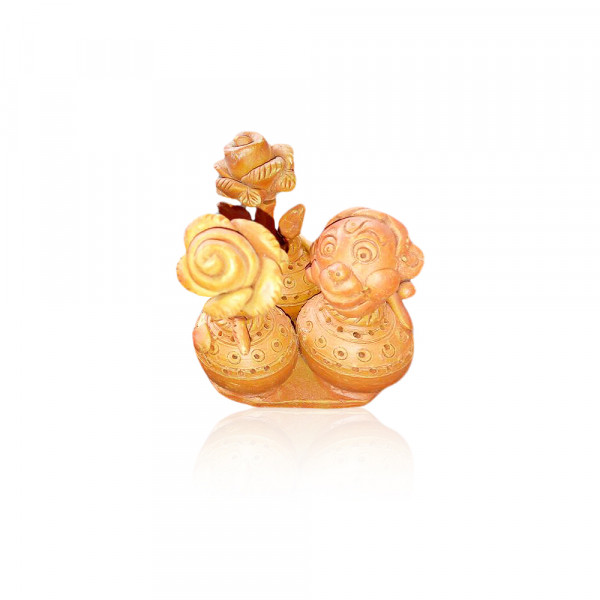 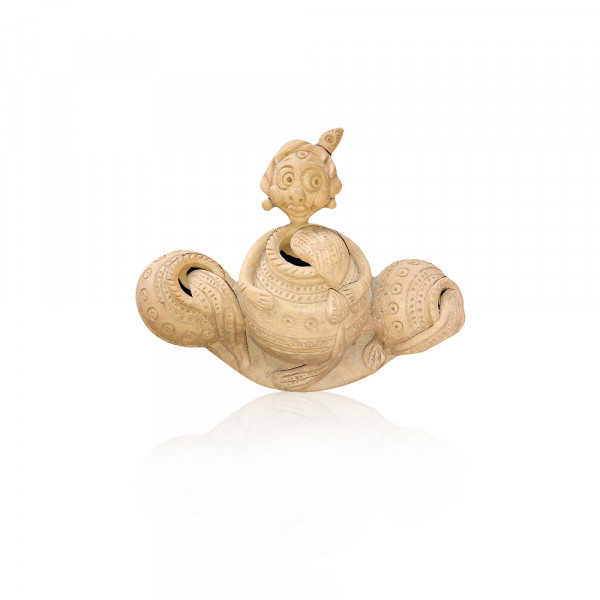